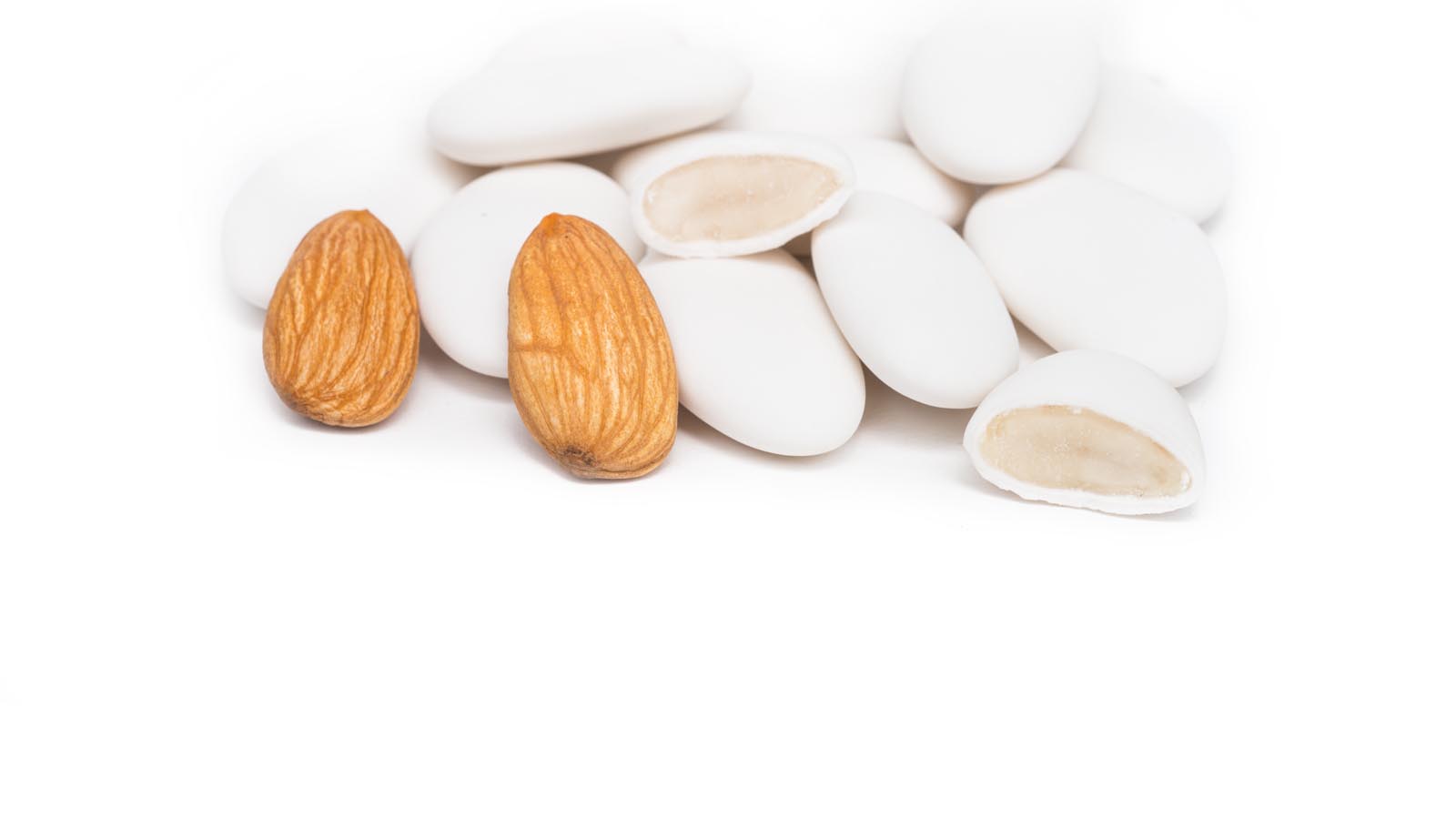 Which almonds are used to make sugared almonds? Discover in this article all the types to taste.

If there is one thing that everyone knows, it is that tradition wants white sugared almonds filled with almond for a very respectable wedding. What probably not everyone knows is that there are different varieties of almonds used to create these sweet nuggets that delight guests who only apparently seem to give life to similar products.

The queen of confetti is undoubtedly the Avola almond which owes its name to the Sicilian town, in the province of Syracuse, where it is produced. This type is characterized by intense aromatic notes and a very elegant, wide and flat shape. That of Avola is a naturally very sweet almond and that is why it needs less sugar in the jam phase.

The Avola almond includes several varieties: Pizzuta, Fascionello and Romana. The first is so called because of its shape: in fact it has a more pointed end and is certainly the most widespread and appreciated for its quality and flavor. Fascionello is among all the sweetest and most oily variety so that, very often, the surface sugar layer tends to stain with the natural oil present in the almond. Like the others, it has a rich and intense aromatic bouquet. Finally, the Romana, a moderately good variety, more irregular in shape, which is why it is used for other uses of pastry rather than for sugared almonds.

Very similar to that of Avola – so much so that it is often mistaken for the Sicilian one by the less experienced – the Californian almond is an aesthetically beautiful and regular almond but does not have the same range of aromaticity as our own. In fact, in the confection phase it is necessary to use more sugar and other aromas to make up for its natural lack of sweetness and aromas.

The Spanish almond is also very similar in appearance to that of Avola. It is used when you want a good product at a more advantageous price. In any case, the Spanish almond is less refined, the seed is wrinkled but still has an excellent aromatic bouquet and also excels in flavor.